At 8:15 am on August 6th, 1945 the first use of atomic bombs was unleashed on the civilians of Hiroshima Japan. 70,000 immediately lost their lives. By the end of 1945 between 90,000 and 166,000 died due to the bombing. By 1950 approximately 200,000 had died from cancer or other health impacts from the bombing. Those that survived suffered not just health impacts but social stigma as Hibakusha.

This year’s Hiroshima Peace Festival has taken on new meaning as Japan struggles with the devastation of the Fukushima Daiichi nuclear power disaster. A new light has been put on not just the risk of nuclear bombs but the risk nuclear power is to the safety of people in Japan and throughout the world...continued the site also has links to further information...
Click to expand...

.
The Imagine Peace Tower in Iceland which is a nuclear free country harnessing geothermal energy , a path many Japanese want to take ....
. 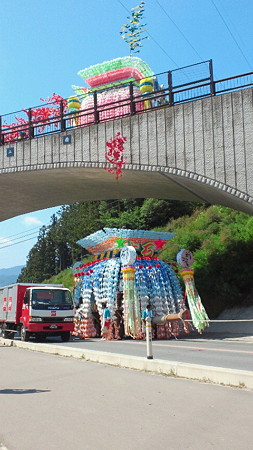 .
An image from the Peace Ceremony from tweeter @mizyudadakta
Last edited: Aug 6, 2011
K

http://www.woodlands-junior.kent.sch.uk/maths/ is good as mentioned earlier. Also http://www.KeyStageTwo.com. it is for Key Stage 2 pupils (aged 7~11)and it a fun gaming/learning environment.

Whether you are a researcher, historian or you simply want to know more about Britain's history, take this fantastic opportunity to search this vast treasure trove of historical newspapers from your own home.
Click to expand...

Should be a great resource for home educators.

There is a cost involved but cheaper (for most of us) than travelling to the library itself.
P

My brother showed me Horrible Histories on Youtube as his two girls loved it. And now my two.

Look up 'Horrible Histories' on youtube.
Horrible Histories is an award-winning British children's television series based on the Terry Deary book series of the same name.
They are designed to engage children in history by concentrating on the unusual, gory, or unpleasant.
The kids love watching these while lerning at the same time.

I would say it is for children of primary school age. But older ones could still learn frim it too im sure.....

The crannog is a reconstruction of an Iron Age house that stands on stilts on Loch Tay. Come see the house and try your hand at some Iron Age activites!
Click to expand...

We were there a while back - it was really interesting (and they made fire!)

If You Dont Eat Your Meat

The Highland Folk Museum is a place worth checking out.