Please use this sticky thread to post links to resources you have found useful for English language and literature. It would be helpful if you could add comments regarding age and stage suitability.
P

I've just found Two sites which provide free eBooks (check the legalities for your country, and there are conditions for how many books you can download at a time )

Project Gutenberg - Classics up to around 1929
http://www.gutenberg.org/wiki/Main_Page

Mostly adult books but there are chldren's classics on both sites :yo:

Handy to download to an MP4 player etc. so reading can take place anywhere :whoo:

The TES site is a site that hosts thousands of free teaching resources for anyone to use. It's all free to access, download and use any of the materials.

If you have any comments or feedback on using the TES resources, please email help@tes.co.uk 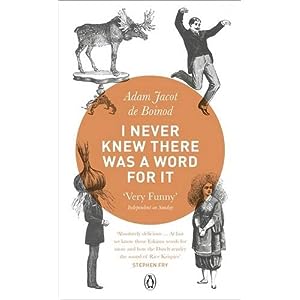 .
from the
Evening Standard ​
.

It is a book that might well make your heart dokidoki, and it will certainly provide some kinkens to your questions.

A London author has spent the last five years researching the most unusual words for a book. I Never Knew There Was A Word For It draws on 300 languages to find the mot juste to describe actions, tastes, objects and noises.

Dokidoki is Japanese for to beat very fast and kinkens is Scottish for answer. Other examples include hanyauka (Namibia: to walk on tiptoe on warm sand), mahj (Persian: looking beautiful after a disease) and wo-mba (Cameroon: the smiling in sleep by children).

The book, published by Penguin tomorrow, was written by Adam Jacot De Boinod, 50, from Notting Hill, who first came up with the idea while working as a researcher on BBC quiz QI, presented by Stephen Fry. He said: “I had to come up with interesting words beginning with a'. I picked up an Albanian dictionary and discovered there were 27 different words for eyebrows and 27 for moustache.
Click to expand...

.
Amazon are taking pre-orders for the book which is released tomorrow priced £8.44.
I know about this because my daughter found the info and having learnt to approach me with the best price when she requires funding her request was for his previous work
The Meaning of Tingo: and Other Extraordinary Words from Around the World
which is on the same theme and priced at £4.93
.
I have quoted Amazon as a guide only , better deals may be available elsewhere

NOTTINGHAM UNIVERSITY
WORDS OF THE WORLD​
.

From Nazi to Chocolate, words play a vital role in our lives.

And each word has its own story.

But where do they come from? What do they mean? How do they change?

Some of these questions will be answered by "Words of the World" - a series of short videos presented by experts from the University of Nottingham's School of Modern Languages and Cultures.

In addition to exploring the words themselves, we'll explore a little about the varied research our experts are working on.

The project is created by film-maker Brady Haran, whose other work includes the successful Periodic Table of Videos, Test Tube and Bibledex.
Click to expand... 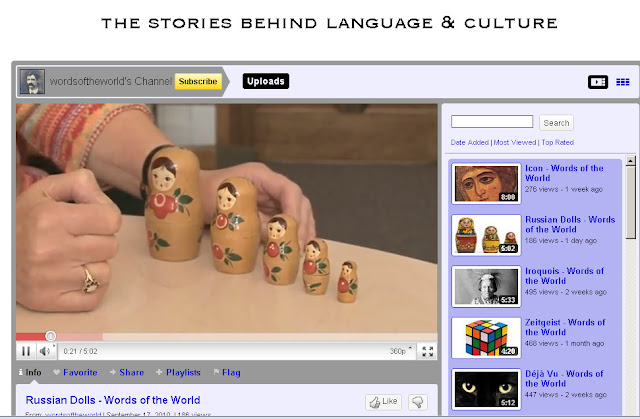 .
from the
Telegraph​
.
The article says the forums are not yet running on Spinebreakers but I have just looked and they appear to be live
.

Penguin is set to launch a social network for teenage bookworms called Spinebreakers, in an effort to keep young people interested in reading.
Spinebreakers, as a content website, already exists but does not have any tools which allow its users to communicate and interact about their shared pastime. Instead it is a site where teenagers write about books and authors.
Anna Rafferty, managing director of Penguin Digital , who founded the site three years ago, told The Telegraph: “I set up the site as I felt there were fewer and fewer places talking about books in a way which appealed to teenagers. However, I knew in order for the site to work, it would have to be written and edited by teenagers – which is why we have over 100 deputy editors aged between 14 and 18 looking after the site, and many more contributors of a similar age.
"However, they cannot use the site to communicate, which is why I want to transform the site into the first social network dedicated to books within the next six months."
She said that the site, which attracts 10 to 15,000 unique users each month and is still in beta, was not a commercial venture for Penguin, but was hugely important to the company for “future-proofing the book industry”. Spinebreakers does offer branded promotions on the site, but there is no display advertising.
Rafferty also admitted that the company had not "shouted enough" about Spinebreakers, since its launch and would do once it re-launched as a social networking site within in the next six months.
Click to expand...

My 5 year old is enjoying Reading Eggs. An online resource with 10min 'lessons' with games and songs. She is starting to see herself as a reader and her letter / word recognition is really coming on. She was previously getting frustrated as her understanding level was high, but she was just starting and getting frustrated.

It costs about £30ish a year, but you can get free trials: Burns for Bairns ​
.
A useful book that is a collection of poetry by Robert Burns

Burns for Bairns is a selection of poems to be read to and by children of all ages. The author had a lifetime involvement with the Burns Federation and there have been few more experienced teachers of the Scottish vernacular.
Click to expand...

.
All books are postage free within the UK and EU
J

Listen to Audiobooks Online
We draw on fairy tales by the Brothers Grimm or Hans Christian Anderson.

We seek out unusual stories from around the world.

We have the entire audio book of Alice in Wonderland by Lewis Carroll.

And Storynory brings you original children's stories including Prince Bertie the Frog, The Ordinary Witch, and Theo the Monkey
L

Check it out, some good advice about writing from the judges: Jacquelin Wilson and Antony Horowitz to name but two!